Sheryl Underwood Celebrates Raising Money for HBCUs, Announces Ground-Breaking Partnership with HBCUX TV, Kicks Off Battle of the DJs Dallas with 12 Competing DJs, Launches the “Get Your Praise On HBCU Choir Sing-off” and Soars to the #1 Spot with Sheryl Underwood Radio

Sheryl Underwood is showing up everywhere these days and rightly so; she is one of the most in-demand talents out there. With all of the success coming her way, Sheryl is even more committed to helping raise money for all 105 Historically Black Colleges and Universities (HBUCs). This multi-talented entertainer generously gives of her time and talent to ensure the survival of these institutions so they continue to be an option for anyone who wants a college education.

According to Underwood, “”We are pleased to have HBCUX TV Network join us on this noble journey. Together, we will bring enhanced visibility and opportunity to institutions that have provided access to a college education for many individuals who dream of going to college and earning a degree.””

Curtis Symonds, CEO, HBCUX Network says, “”We are deeply honored and privileged to partner with a major celebrity personality such as Ms. Sheryl Underwood, who shares the same commitment to excellence, increased exposure for these schools who have graduated more African Americans than any other colleges or universities and more importantly, the long-term financial sustainability of these great American higher learning institutions.”

HBCUX TV is a cultural game changer! The “”X”” stands for the Black College “”Xperience.”” HBCUX TV Network’s programming consists of original series, movies, music, sports and specials produced by HBCU students, all on one platform.

“HBCUX TV Network is dedicated to being a true destination for the total HBCU “Xperience,” but more importantly it will be a vehicle that allows our young people the opportunity to gain the necessary experience to pursue their careers within the media and entertainment industry,” said Symonds.

Sheryl recently performed for a sold out audience at the Paine College 14th Annual Scholarship Masked Ball. The event was their largest fundraiser of the year and was a resounding success. Congratulations to President George C. Bradley and the entire Paine College family. According to President Bradley, “”I have received many messages from various constituents about how much they enjoyed the verbal jousting between Sheryl Underwood and Augusta’s own Jay Jefferies during the Masked Ball. Students have said that it was an opportunity of a lifetime to interact with such giants as Commissioner Mignon Clyburn after Founder’s Day Convocation; with Ms. Sheryl Underwood during the Masked Ball; and with Sister Dottie Peoples during the parade.””

Bradley adds, “”Ms. Underwood went far and beyond her contractual duties of entertaining our constituents. She engaged in several media opts that will certainly raise the visibility of Paine College on the national and local levels. I am certain that her appeals to the public to support Paine College, and HBCUs throughout the country, were heard and felt by many.””

Ultimate Battle of the DJs and NPHC Stroll and Step Contests

Sheryl, a host on CBS television’s Emmy-nominated THE TALK, a comedienne, philanthropist and 23rd International President of Zeta Phi Beta Sorority, Inc., is also busy these days producing and hosting the Ultimate Battle of the DJs and NPHC Stroll and Step Contests on college and university campuses around the country as part of her Pack Rat Foundation for Education’s HBCU fundraising initiative. The next event is scheduled for February 22 on the campus of Paul Quinn College in Dallas, Texas, which coincides with her appearance at the Addison Improv (Addison/Dallas, TX) February 21-22.

We all know that Dallas does things BIG and the upcoming Sheryl Underwood HBCU Imitative Ultimate Battle of the DJs and NPHC Stroll and Step Contest is no different. With the huge success of the launch at the California State University-Northridge event, DJs and Stroll/Step teams are coming out in force.

There are already 12 DJs signed up to compete in the competition supported by The Core DJ’s Worldwide. DJ Nosaj, winner from the Northridge event is on-tap to defend his title as the top DJ in the country. DJ Nosaj, a member of Kappa Alpha Psi Fraternity, has no fear as he plans to face the competitors, all ready to take his spot at the top.

DJs have to bring their A-game and work to impress the crowd with their skills. Winners, in both the Battle of the DJs and the NPHC Stroll and Step Contests, will be selected based on crowd response.

Organizers urge participants, in both competitions, to encourage their family and friends to come out and support them, because it’s the crowd that will judge and select the winner.

Tips for Winning to all Contestants

2. Bring your friends, family and fans because the winners are selected by the crowd, similar to winners at the Apollo shows.

Underwood, who is also a weekly contributor on The Steve Harvey Show, is funding her HBCU Initiative from her private resources, distributing tens of thousands of dollars in prize money to the winners of each of the competitions. This is truly a case of putting your money where your mouth is.

When asked why she is hosting the Ultimate Battle of the DJs and the NPHC Stroll and Step Contest on the same weekend that she is appearing at the Addison/Dallas Improv she replied, “It’s going to be a fun weekend. I’m at the Addison/Dallas Improv Friday and Saturday night and I host the Battle and the Stroll and Step Contests Saturday during the day.” She adds, “I’m committed to helping our HBCUs. Coordinating my appearances with the HBCU Initiative dates allows me to use my team resources to raise money for HBCU while I use my money from my club appearances to pay for everything.”

For information, to register as a contestant, buy individual or group tickets or to donate to the HBCU Initiative go to SherylUnderwood.com. There is no registration fee for contestants.

The winner of the Paul Quinn College battle, like DJ Nosaj, will win $1000, a membership to The Core DJ’s Worldwide, bragging rights and a week as Guest DJ on Sheryl Underwood Radio (SUR).

If all of this is not enough, Sheryl is adding a new and exciting component to the HBCU fundraising Initiative, the Get Your Praise On HBCU Choir Sing-off.

The Get Your Praise On HBCU Choir Sing-off will showcase the best HBCU campus choirs, giving them the opportunity to compete exclusively within the network of the nation’s 105 HBCUs. Contestants will have the chance to compete on a level playing field while developing their skills and stage presence in preparation for larger competitions, touring – perhaps as a fundraising tool for their institutions – or for professional recording opportunities. Regional competitions will lead up to the National Finals to be held on a campus to be announced soon.

The first Regional competition of the Get Your Praise On HBCU Choir Sing-off will be held at Claflin University in Orangeburg, SC on Saturday, April 12, in conjunction with the Ultimate Battle of the DJs and NPHC Stroll and Step Contest. The theme for the Get Your Praise On HBCU Choir Sing-off is “Bring Your Best Songs, Hymns and Spiritual Songs,” based on Ephesians 5:19. According to Underwood, “”Music is a part of the fabric of HBCUs. Many colleges historically have highlighted their musical groups, especially their Gospel Choirs, as part of their annual fundraising effort. These choirs also speak to the spiritual foundation that is so important to Historically Black Colleges and Universities. I’m thrilled to give these talented individuals the chance to showcase their talent.””

The minimum entry requirement for a full choir to compete is a quartet of its members. Full details of participation can be viewed at SherylUnderwood.com.

For details and more information on the HBCU Choir Sing-Off visit SherylUnderwood.com.

Sheryl and the Crew at Sheryl Underwood Radio are soaring high on the airwaves and doing great in the ratings. The show is the #1 Urban Show in the 18-44 demographic and is having an impact in the 25-54 demographic. In August of this year, Sheryl Underwood Radio will celebrate its one-year Anniversary. As they move toward that milestone they are definitely making an impact in the industry.

Their success is built on a foundation of a great crew, great commentary, great music and some fun promotions like the Valentine’s Day Promotion where guys get to call 1-855-Sheryl 1 to get a chance to have flowers sent to their special Valentine. Details are available at 1-855-Sheryl 1 and on Sheryl’s YouTube channel “”TheSherylUnderwood.”” Vic Frost, Vice President of Operations & Radio Affiliations for Pack Rat Productions and Sheryl Underwood Radio, has this to say, “”We received an overwhelming response to our Valentine’s Day promotion. Listeners were calling from all over the country to ask Sheryl Underwood Radio to…send my girl flowers and candy.”’’ Frost added, “”We took care of everything to make sure their loved one gets their gift by Valentine’s Day.”” Guys have until 7pm EST Wednesday, February 12 to get in on this awesome opportunity.

As the crew keeps the momentum going, each month Sheryl Underwood Radio will have a new promotion, with special Fly-Away promotions in July and August, celebrating one year at The Juice WJUC 107.3 FM in Toledo. Congratulations to Sheryl and the Crew.

Upcoming Dates for the HBCU Initiative

NPHC Stroll and Step Contest + Ultimate Battle of the DJs

Get Your Praise On HBCU Choir Sing-off

Previous event winners, photos and videos are available at http://bit.ly/1alBrWG .

Sheryl Underwood is a savvy businesswoman and a multi-faceted, multi-media entrepreneur who is recognized as one of the most articulate, well-informed women of our time. She is a much sought after entertainer and public speaker who is described as one of the world’s brightest contemporary humorists. Underwood is Owner and Chief Executive Officer of Pack Rat Productions, Inc. and is the 23rd International President of Zeta Phi Beta Sorority, Inc. Born in Little Rock, Arkansas, Underwood joined the television show THE TALK on CBS for the start of season two, sitting alongside hosts Julie Chen, Sara Gilbert, Sharon Osbourne and Aisha Tyler. The show averages over 2 million viewers per day. With Underwood at the table, THE TALK received the first of six (6) Daytime Emmy nominations, and has been renewed for a 5th season. Underwood, who has received numerous awards and accolades, was named one of the 10 most influential talk show hosts on Twitter in 2012.

Prioritize and Balance for a Healthy Lifestyle

Inspirational Book for Girls: What Does Beauty Look Like?
Recent Articles
RecentProjects 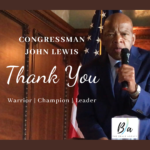 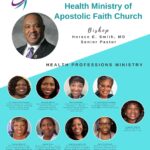 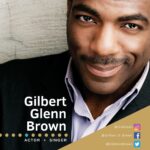 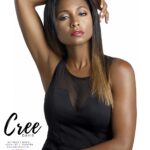 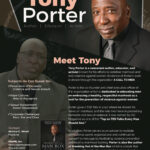 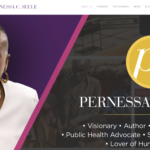